The VMAX SHO engine platform was previously only available in Australia in the 4.2 Litre V6 models which included  variants from 200 to 250hp.

The range will now be expanded to include inline four cylinder models, VF115, VF150 and VF175. The expanded line up also includes 25 inch, extra-long transom models in the VF150 and VF250.

In addition to the VMAX SHO’s proven tournament credentials these outboards are also extremely versatile offering a reliable, high performance alternative for a huge range of Australian sports, social ski and race boats.

When the VMAX SHO range was first launched in the USA, the engines range were billed as “game changers” and promoted as being faster, smarter, stronger and lighter. Time has shown that this promotion was more than just hollow advertising speak, with all engines in the range delivering on their game changing design philosophy. 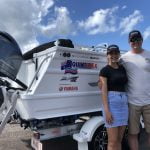 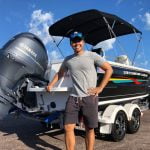 “Doing it right – the first time” 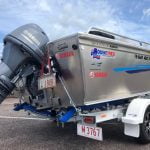 “Plenty of Space to Isolate”